Skip to content
Posted in Fundraising Events By frobuladmPosted on January 10, 2010October 15, 2019 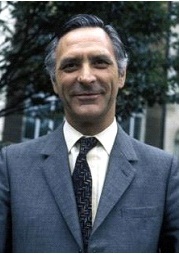 Sir Donald Arthur Logan lived his 92 years through some of the greatest changes the world has seen. The map of Europe at his birth was unrecognisable from that in place by the time of his death. In his career, Sir Donald operated through these changing structures, no more so than in his 35 year involvement with Bulgaria. He was born towards the end of the First World War on 25 August 1917 and died 23 October 2009. Apart from a short period as an accountant, he spent his full working career in the diplomatic service of HM Majesties George VI and Elizabeth II and was honoured with a knighthood for services to his country.

He served in Washington, Conakry, Guinea, Paris and in Brussels at NATO at the time of the Turkish invasion of Cyprus. The period spent as Ambassador to Bulgaria between 1970 and 1973 strongly influenced his retirement activities and he became Chairman of Friends of Bulgaria in 1991. The period spent in Bulgaria was also personally fulfilling, sharing with his wife Irène and his three children his love of walking in the company of the family dog rescued locally. As a result, he shared his commitment to Friends of Bulgaria – occupying the role of Chairman until his death in October 2009 – with other members of his family. His eldest daughter, Claire, is a member of the committee and he is succeeded as Chairman by his son-in-law, John Brisby, QC.

Before discussing his contribution to Bulgarian society, it is interesting to outline the temperament and nature of Sir Donald. Fortunately, he spent time writing his memoirs*, which reveal an unflappable, adaptable man, who reacts calmly in the big moments of his life (eg throughout his selection process to the diplomatic service), combined with a genuine ability to find pleasure in new experiences. This balanced positive nature appears to have contributed to his success as a diplomat. The Times describe Sir Donald as ‘factual, balanced and un-opinionated.’ He clearly enjoyed gardening and the arts, was capable of reciting large chunks of Shakespeare and Gilbert and Sullivan and was keen to try his hand in amateur dramatics, all undertaken in a manner totally devoid of self-importance or vanity. Although he presents himself as broadly conventional by nature, he seems to have identified times when formality was a hindrance, and attempted to introduce some freedom into certain diplomatic procedures. He did not always meet with success in this respect. He reflected on the world around him, identifying ‘strong parallels between Eden’s campaign to topple Nasser and “regime change” in Iraq in 2003’. He thoughtfully considered the role of an honourable civil servant and questioned whether this will be forced to change, as Ministers are increasingly taken up with issues of ‘spin’.

Sir Donald was the true English gentleman abroad as he travelled the world in his diplomatic career. He seemed to have found himself with a ringside seat at crucial events. He was Deputy Permanent Ambassador to NATO at the time of the Turkish invasion of northern Cyprus in 1974. In retirement, he found himself close to action when in 1982, his participation in an investigative mission to the Antarctic coincided with the Argentinean invasion of the South Georgia in the Falklands. However, it was his unique role at the tripartite clandestine talks at Sèvres in preparation of British engagement in the Suez crisis which marked out Sir Donald’s pragmatic, cool head under pressure as well as his strong sense of loyalty as a servant of the crown. The bizarre lengths to which Anthony Eden went in 1956 to conceal his premeditated decision to enter the Suez crisis, involved Sir Donald in an unsuccessful chase around Europe to destroy the notes of the meetings.

His first job in retirement was as a driver of showroom cars – including Ferraris! – before taking on roles at the British Council for Refugees and on the governing body of St. Clare’s College in Oxford. His last diplomatic appointment leading the British delegation to the United Nations Conference of the Law of the Sea led to his ongoing association with the British Antarctic Association and, on account of his time as ambassador in Sofia he became chairman of the Great Britain East Europe Association – which gave him opportunities to renew contact with Bulgaria. His work with Friends of Bulgaria began shortly after the charity was initiated by Johnny Stancioff in 1991, and Sir Donald took on the role of Chairman when Mr Stancioff was appointed Bulgarian ambassador to the UK. Sir Donald set about establishing a committee, deciding on its remit and founding committee members recall Sir Donald’s precision and dedication in establishing the workings of the charity. One of the first challenges met by the charity was arranging for the delivery of medicines, soap and other essentials to abandoned children, hospitals and institutions in 1992; since then Sir Donald oversaw the developing role of Friends of Bulgaria supporting projects focusing on improving opportunities for disadvantaged children in Bulgaria, largely in response to local initiatives. His writings reveal a degree of impatience at the pace of social change in Bulgaria, making the work of the committee all the more urgent. His pro-active role in Friends of Bulgaria’s fund raising activities left a lasting and memorable impression on all those involved – not least the occasion when Sir Donald’s theatrical poise carried off his delivery of a formal speech of thanks from the stage of Leighton House studio dressed in a soaking wet suit after having inadvertently slipped into the fountain of the Arab Hall whilst admiring the oriental tiles overhead.

In recognition of his long association and tireless work to support the Bulgarian people the Bulgarian Minister of Foreign Affairs Ivaylo Kalfin awarded Sir Donald the “Golden Laurel” which the Bulgarian ambassador in London, Lachezar Matev, invested him in May 2009.