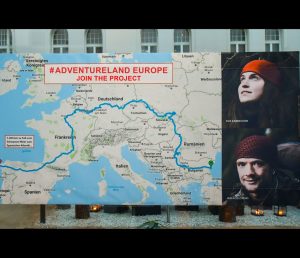 Jan Kozlowski and Eva Kaznelson successfully trekked 6000 kms across Europe from Bulgaria to Spain raising funds for the benefit of disadvantaged children.

Through contact with Friends of Bulgaria they visited project centres managed by ZOV and have forwarded funds to for the purchase of privacy window blinds at the Crisis Centre for Girls in Veliko Turnovo.

In January 2018, Jan Kozlowski and Eva Kaznelson introduced to Friends of Bulgaria their project for a fund-raising trek through Europe from Bulgaria to Spain for the benefit of disadvantaged children. Covering a distance of over 7.000 kms Jan and Eva spent 4 weeks crossing Bulgaria in May engaging in a soccer tournament with children cared for by ZOV in Veliko Turnovo and conquering the highest peak in the Balkan range, Moun 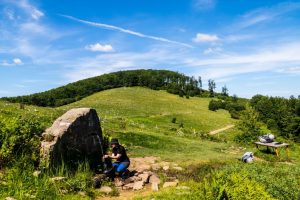 Jan and Eva’s trek successfully raised funds which Friends of Bulgaria directed to ZOV. By July 2018, ZOV were able to report that the grant received covered the costs of installing window blinds at the Crisis Centre for Girls, Veliko Turnovo.

Jan and Eva have pledged to continue supporting ZOV projects.

Christmas Gifts: gift-wrapped presents for children in Bulgaria donated annually since 1995 by the congregation of the Benefice Christmas Carol service.

from Bulgarian Embassy, London to the British Embassy, Sofia